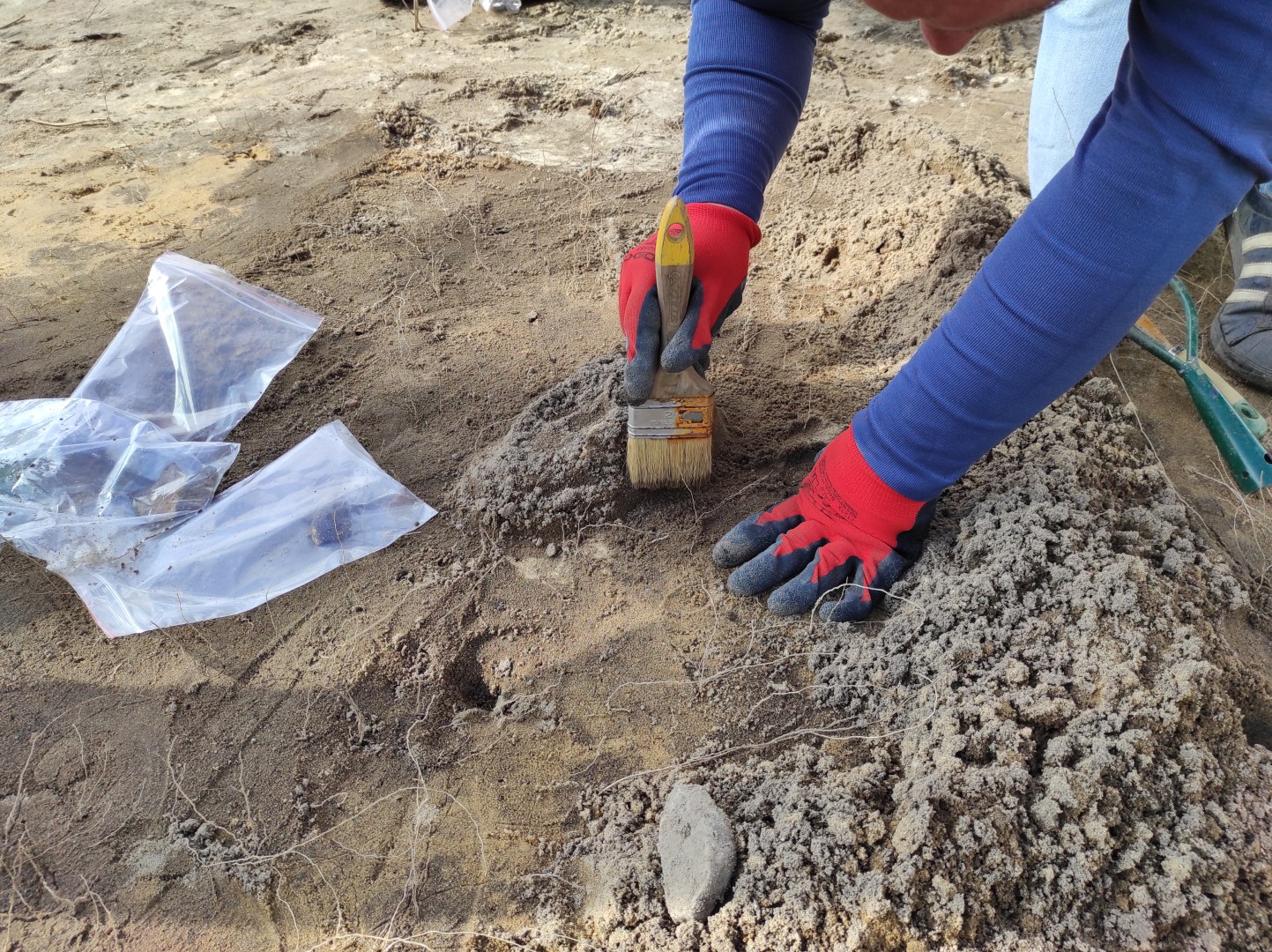 The remains of the former settlement in Spycimierz have been known to researchers for many years. As it seems, the stronghold was first visited by Roman Jakimowicz in the 1920s, while in 1935 by Jan Skoiński. In 1949, surface research was conducted describing Spycimierz in the corpus of settlements of Central Poland as a cone-shaped settlement. Comprehensive archaeological research was carried out in the 1960s, then on a larger scale in 2014 an extensive, multidisciplinary programme, which included aerial reconnaissance, geophysical survey by magnetic and electrical resistivity, phosphor and surface research. In 2016 the survey was supplemented by further aerial reconnaissance and by the implementation of GPR surveys. During the excavations a significant number of almost a thousand fragments of pottery were registered, most of which can be dated to the period from the 12th to the mid-13th century, while the remaining fragments to the second half of the 13th and 14th centuries. One can assume a significant intensity of settlement processes in this place.

Before the construction of the Spycimierz Corpus Christi Centre began, the site of the future investment had been thoroughly examined by archaeologists. This research was preceded by a source search and cartographic research. The effects of several months of research and exploratory work were impressive. One of the most important objectives of the research was to confirm the centuries-old history of settlement in the area of Spycimierz, not only in the area of the former stronghold, but also in the area of the present village. The archaeological excavations also made it possible to find several hundred artefacts, such as pottery, tools, coins, and other objects of everyday use which had once belonged to the former inhabitants of this area.