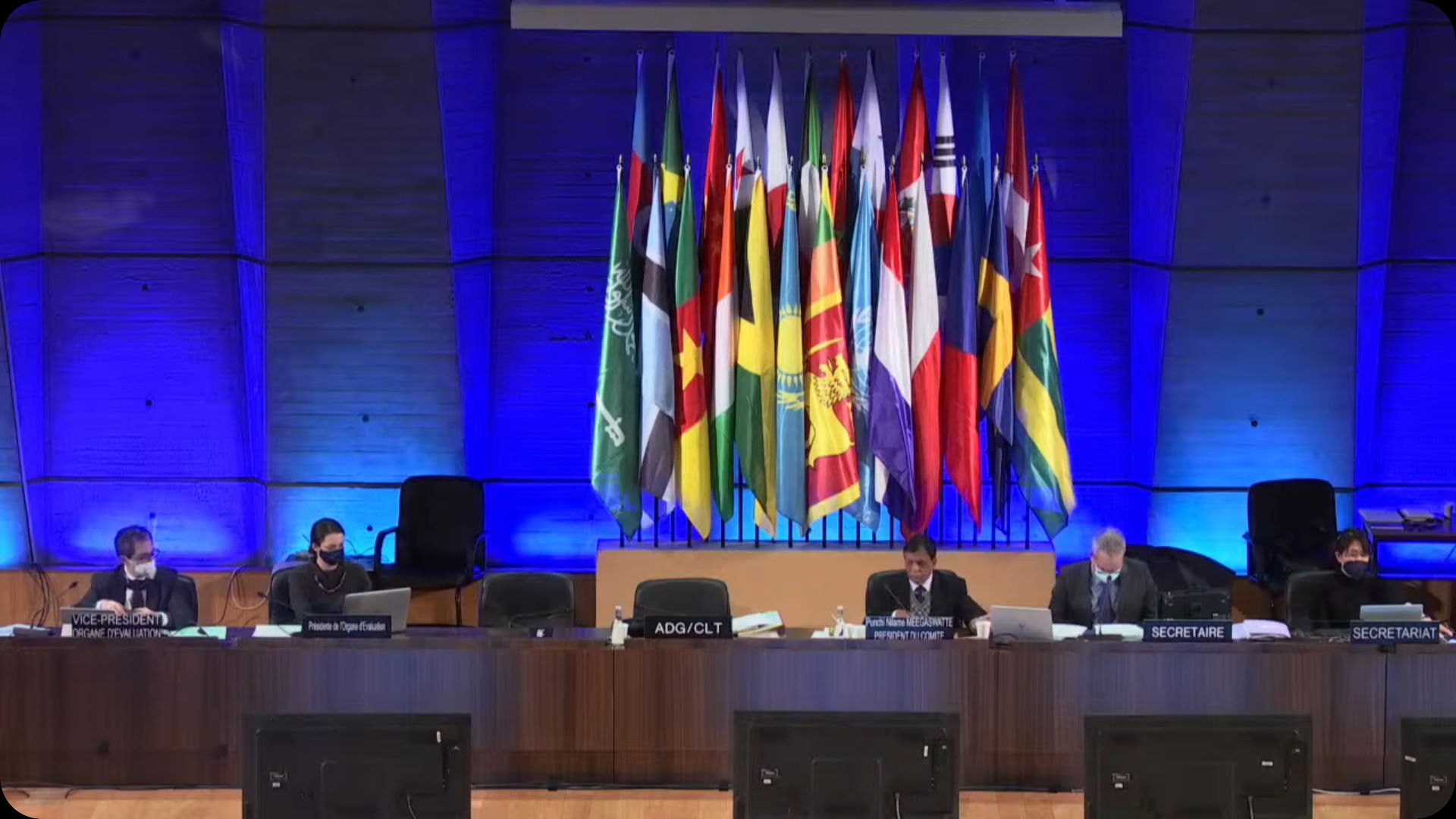 On 16 December 2021 during the 16th session of the UNESCO Intergovernmental Committee for the Safeguarding of the Intangible Cultural Heritage the tradition of Flower Carpets for Corpus Christi processions was inscribed on the Representative List of the Intangible Cultural Heritage of Humanity. It was a great day for the inhabitants of the parish of Spycimierz. The road to this success was long and required the involvement of parishioners, the Mayor of Uniejów, Town Hall staff, and experts.

The final stretch of the road to UNESCO began on 30 March 2020, when Professor Piotr Gliński, Deputy Prime Minister and Minister of Culture and National Heritage, submitted on behalf of the bearers an application entitled Flower carpets for Corpus Christi processions for inscription on the Representative List of the Intangible Cultural Heritage of Humanity. The application also includes the tradition of arranging floral carpets in four parishes in the Opole region – Klucze, Olszowa, Zalesie Śląskie, and Zimna Wódka.

An editorial team headed by Minister Counsellor Joanna Cicha-Kuczyńska worked on the document. First, the Polish version was drafted and sent to the Council for Intangible Cultural Heritage at the Ministry of Culture and National Heritage. After receiving a positive opinion, the document was supplemented and translated into English. At the same time, work was underway on adapting a film directed by Janusz Tatarkiewicz entitled ‘Spycimierskie Boże Ciało’ for the purposes of the application. An essential part of the documentation was the consent of the Spycimierz community to submit the application. Its content was consulted on an ongoing basis during meetings attended by representatives of the inhabitants of Spycimierz – Maria Pełka, president of the Parish Association ‘Spycimierskie Boże Ciało’, Jolanta Ilska, member of the Uniejów Town Council, and the village chairman Stanisław Pełka. The Mayor of Uniejów Józef Kaczmarek also took part in the consultation meetings and informed about the commune’s activities to protect the Spycimierski heritage.

The entry is open to similar traditions from other countries.

Watch the moment of the inscription on the UNESCO List.

What is intangible cultural heritage? By ratifying in 2003. UNESCO Convention on the Safeguarding of Intangible Cultural Heritage in 2003, Poland undertook to inventory manifestations of this heritage. In accordance with the Convention, intangible heritage is understood as:

traditions and oral transmissions, including language as a vehicle of intangible cultural heritage

At the international level, the United Nations Educational, Scientific and Cultural Organization (UNESCO) maintains two lists: The Representative List of the Intangible Cultural Heritage of Humanity and the Register of Good Safeguarding Practices. The former contains 630 items from 140 countries, including four from Poland – Nativity scene (szopka) tradition in Kraków, Tree beekeeping culture (jointly with Belarus), Falconry, a living human heritage (jointly with 23 other countries), and Flower carpets for Corpus Christi processions.

Before the tradition entered the world list it got on the national register. On 22 October 2018, representatives of the Spycimierz community received the decision of the Minister of Culture and National Heritage to enter the National List of Intangible Cultural Heritage. This took place during the Ceremonial Gala of Intangible Cultural Heritage at the Stanisławski Theatre in the Royal Łazienki Park in Warsaw.

During the Gala, ministerial decisions to enter the List were received by representatives of the depositaries of fifteen traditions. During the ceremony, Magdalena Gawin, Deputy Minister of Culture and National Heritage stressed that traditions, rituals, songs, dances, and crafts build a sense of identity and the Polish state will support folk culture and its creators.

On the stage of the Stanisławowski Theatre the President of the Parish Association, Maria Pełka, and the former parish priest in Spycimierz, Wojciech Kaźmierczak, who initiated the efforts to enter the national list, were thankful for the prestigious distinction. They were accompanied by member of the Municipality Council Jolanta Ilska, village administrator Stanisław Pełka, the journalist Andrzej Godlewski and Beata Czyszek from the Uniejów Town Hall.