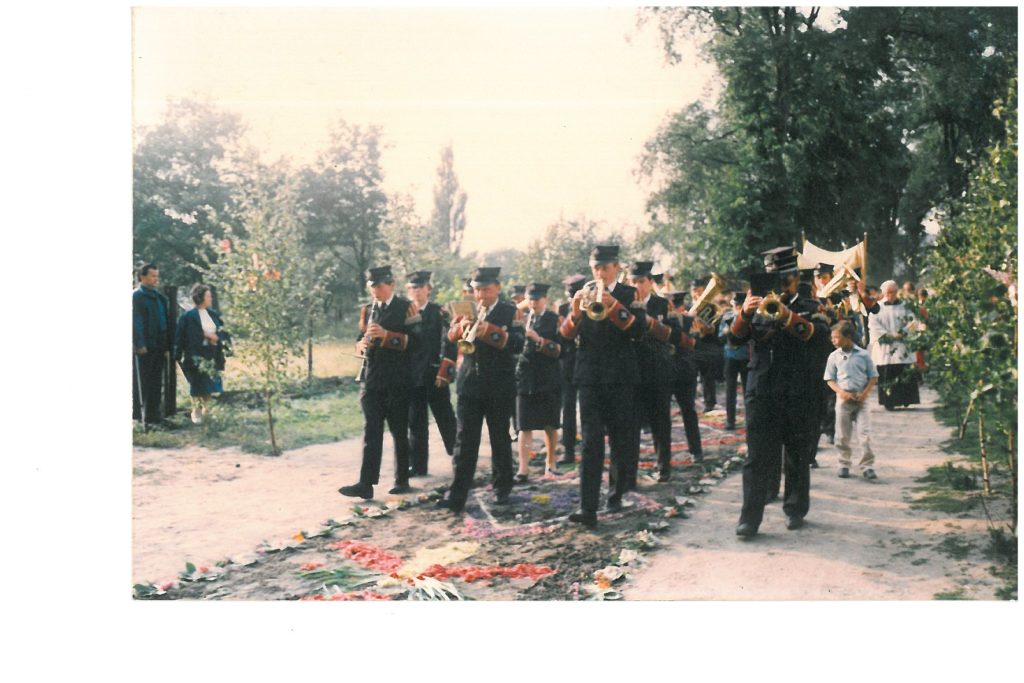 The initiators of establishing the Voluntary Fire Brigade in Spycimierz in 1927 were parish priest Stanisław Zaborowicz and Stanisław Trzaskowski, the head forester of the Uniejów Forest District. At first the unit consisted of over 20 volunteers. The firemen not only participated in rescue actions, organised exercises, took part in competitions, but also became animators of cultural life in Spycimierz. The fire station was built in the early 1930s.

An important page in the history of the Volunteer Fire Brigade Spycimierz is written by the Firefighter Brass Band, founded in 1970. The first instruments were purchased from a collection carried out among the inhabitants. The first conductor was Stanisław Wąsiołek, an organist from Uniejów. In the years 1972-2007 this function was held by a certified conductor, Zenon Laskowski. Currently, the band is headed by bandmaster Wojciech Smolarek.

The firemen from Spycimierz are very well prepared in terms of training and equipment to perform their tasks. In 2013, a new rescue and firefighting vehicle was purchased, which was named after John Paul II. In 2014, a new fire station was consecrated and put into use.

Currently, the Brigade consists of 65 firefighters who participate in ca. 30 actions a year. Since October 2002, the unit belongs to the National Rescue and Firefighting System.