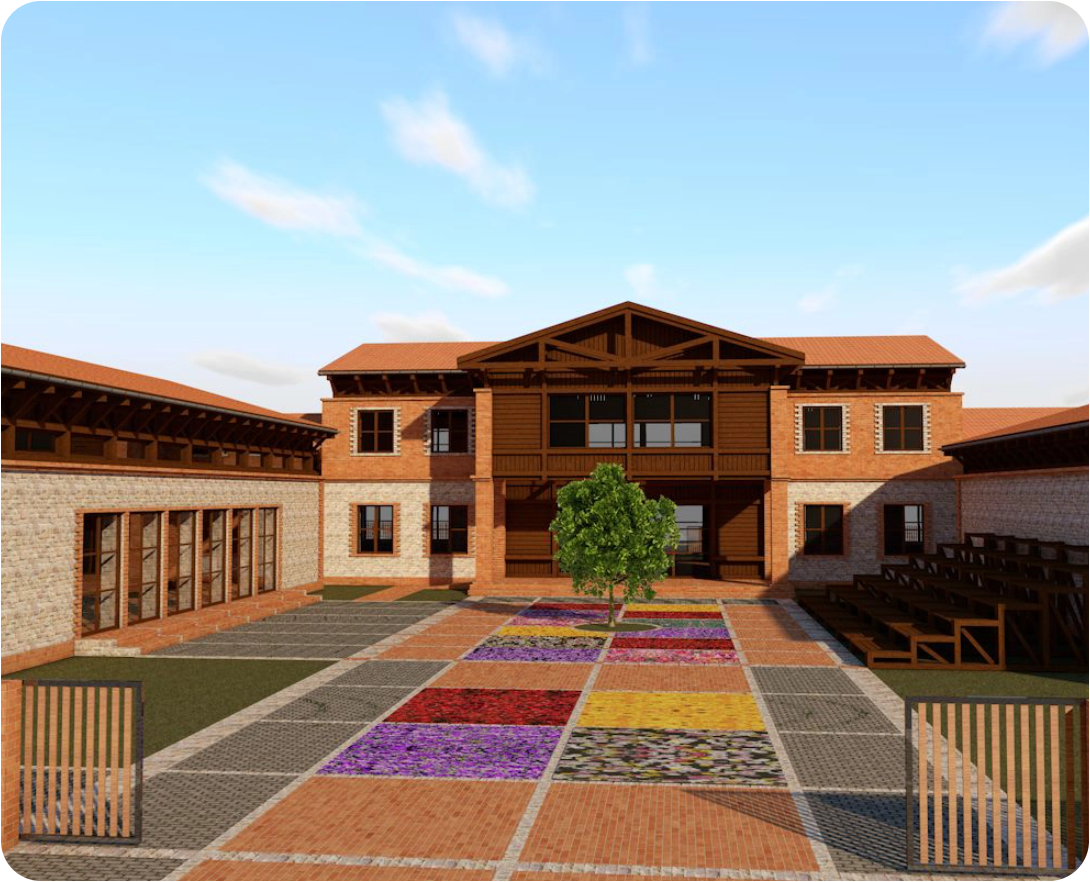 Turning one day into 365 days

The main motto behind the idea of building a Centre focused on history and tradition was “to turn one day into 365 days”. This is because the facility will tell the whole year about the exceptionally colourful and beautiful tradition of arranging flower carpets, which takes place once a year for the Corpus Christi procession. Through permanent and temporary exhibitions and a rich educational programme, the Centre’s staff and associates will help the local community to promote this 200-year-old tradition.

The Centre is also planning permanent exhibitions devoted to other traditions included on the world and national intangible heritage lists, as well as to the history and relics of the former settlement and castellan’s stronghold in Spycimierz.

The Centre will conduct a wide range of educational activities. The programme will be filled with workshops, lectures and exhibitions for all age groups. Moreover, we will invite our guests to educational and historical paths, which will include the village and the neighbouring Uniejów.

Apart from its tourist and didactic role, the Spycimierz Centre will be a meeting place for the inhabitants of the settlement. It will also be an important point of development and work on preserving the local identity and unique tradition.

But that is not all. The planned Centre will also be a meeting place for all floral traditions, not only in Poland or Europe, but also in the world. Every year, more than 1300 events connected with arranging flower carpets take place in various cultures and religions. Italy ranks first (approximately 600), followed by Brazil (200), and Spain (181). The paving has a predominantly religious dimension (95%), with only a small percentage being purely artistic. Events connected with arranging the carpets are 98% related to Catholic festivals, and the main holiday connected with the laying of carpets is Corpus Christi (over 1,000 events). Carpets are also laid on the occasion of Marian festivals as well as to honour patron saints and saints.

In July 2021, during the ceremonial signing and laying of the foundation act for the construction of the Corpus Christi Centre, the Ordinary of the Diocese of Włocławek, Msgr Krzysztof Wętkowski, consecrated the foundation act and the stones, which in future will be built into the façade of the building. These stones, which form a supra-material foundation for the emerging work, were not accidental. They include a stone from the Spycimierz Castellany, a stone from the former church in Spycimierz, a stone from the now-defunct Corpus Christi church in Uniejów, a stone – the so-called Rożniatów opoka (a sort of local limestone) and two fragments of rock from Italian sanctuaries: stone from Greccio (Rieti), the cradle of St Francis, and stone from the Abbey of St Sebastian in Alatri.

Although the building of the Centre is still under construction, people connected with the institution are already active in Spycimierz. You are welcome!